The team at Community Housing Coalition is dedicated to keeping our neighbors safe and healthy in their homes, while working together in continued development as an organization that can lead and serve – with both heart and wisdom.

With agreed upon values and a shared leadership model to guide our efforts, the CHC and ReClaim Madison staff and Board of Directors are committed to the health and wellbeing of our clients, our community, and our team. 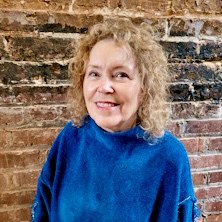 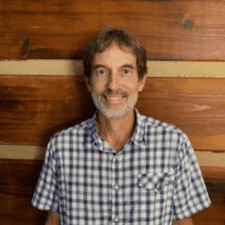 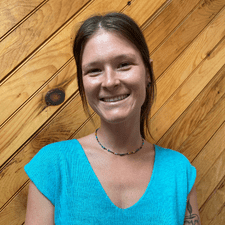 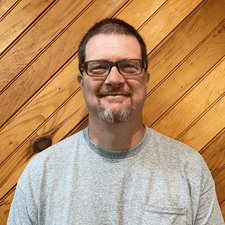 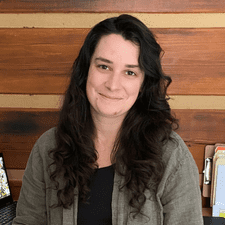 A resident of Madison County for 26 years, Tim has served on non-profit boards, including the Madison County Arts Council and CHC. As board chair for CHC, he offers ongoing hands-on support to the staff and is a tireless and dedicated volunteer, participating in Neighbors Helping Neighbors work projects and at ReClaim Madison, and serves elsewhere throughout the community.

“I believe that by helping the community, we are improving the lives of our neighbors as well as our own.

“I retired as an administrative RN and wanted to use my experience in giving back to my community. I was introduced to CHC through the services they provided to a family member. Our county is very rural and many of our folks are land rich and cash poor creating a great need for assistance in our community to help folks remain in their own homes. The programs and assistance offered by CHC are very valuable resources for Madison County. I am proud and honored to be an active CHC board member.

My volunteer focus is on ReClaim Madison. Profits from the sales of all donated materials and salvaged items go to help support the programs of CHC. I volunteer there on a weekly basis and encourage my grandchildren to do community service with me. They participated in the ReClaim Madison Upcycle Auction in March 2021.”

“Deep commitment to my family and to my community are core values that I hold dear. CHC’s mission fits squarely with my values through its services to people who are less fortunate, ensuring they can live in safe and affordable homes. I have had the honor of contributing my organizational development expertise by serving on the CHC Board of Directors since January 2018, establishing strategies for the future of CHC, ensuring it has an effective structure, skilled human resources and finances, and providing oversight for the organization’s programs. I also have a chance to contribute directly to improving the lives of CHC’s clients by volunteering my time and construction skills several times per year to its Neighbors Helping Neighbors program.

I am grateful for the experience and exposure that I have gained through my work with CHC, and I look forward to continuing my involvement over the next several years, helping the organization grow and increase its reach to the many people of Madison County who are in need.”

“I was born, raised and have lived most of my life in Madison County.  I received a Bachelor of Science degree in accounting from the University of North Carolina – Asheville in 1984 and subsequently earned my Certified Public Accountant certificate. After numerous years of employment with an accounting firm in Asheville, I opened an office in downtown Marshall where I specialize in providing bookkeeping and accounting services for various governmental and non-profit organizations and small businesses.

I have served on several boards in various capacities throughout the years and I appreciate the opportunity to serve on the Board of the Community Housing Coalition where I can continue to give back to my community.”

Tricia Ruscoe is very pleased to be a 5-year resident of Marshall and currently manages the office for the nonprofit Friends of Madison County Animals in Marshall.  She coordinates the spay/neuter clinics, handles the pet pantry, approves and facilitates veterinary vouchers for urgent illness and injury, recruits volunteers and board members, and attends board meetings.  This provides daily contact with Madison County residents who qualify for those programs either by being low-income households, those on disability, or those receiving public assistance from the state or county.

In the past she held the voluntary position of volunteer coordinator for Animal Compassion Network before they merged with Asheville Humane Society.

Her passion for animals began a long time ago and continues to provide rewarding relationships with pet owners.  She enjoys interacting with fellow county residents, getting to know their situations, and being an empathetic direct contact when they find themselves unable to provide the care a family pet deserves.

Jill began her engagement with CHC as a ReClaim Madison volunteer, but Cleveland has been involved in affordable housing for more than 25 years. She joined Habitat for Humanity in 2003 where she was engaged in both local and national management roles, as well as consulting with affiliates in initiatives focused on neighborhood revitalization and growth.

Jill also brings extensive fundraising and non-profit management knowledge to the CHC team, gained through programs at Duke University, The Fund Raising School of the Center on Philanthropy at Indiana University, and extensive training in community development through NeighborWorks.

Jill and her husband, David, have lived in Madison County since 2020, after having owned property here since 2010.

Susan Sewell has over thirty-five years of experience in the non-profit sector, most recently as a Chapter Advancement Advisor in the Chapter Advancement Department of Make-A-Wish America where she was employed from 2007 until her recent retirement. She has worked with Make-A-Wish chapters throughout the country with emphasis in the areas of Chapter Board development, strategic planning and CEO coaching and development. She also served as Interim CEO for several Make-A-Wish chapters.

Susan began her career as a community development volunteer and later served as Executive Director of Habitat for Humanity Charlotte and Director of U.S. Affiliates for Habitat for Humanity International. She was honored for her work with Habitat, receiving the Charlotte Woman of the Year award in 1990 and Fundraiser of the Year award by the Charlotte chapter of the Association of Fundraising Professionals.

Susan lives in Marshall, NC. She has three children, four grandchildren and one great-grandchild. She enjoys hiking and spending time with her family.

In retirement, Susan continues her work as a consultant with non-profit organizations she cares about, recently joining the board of Community Housing Coalition, chairing the Outreach Committee of Holy Spirit Episcopal Church and as an executive leadership coach.

After public schooling Gratin graduated Clemson in 1976 then went to MUSC in Charleston, SC for medical school, completing his pediatric residency training in Columbia, SC.

He was in mostly solo pediatric practice for four years in Walterboro, SC, and then joined the faculty of Self Regional Healthcare in Greenwood, SC for about 25 years. With an interest in children with special healthcare needs, he was a forensic examiner and expert witness for victims of child sexual abuse, and served for years on the SC Child Fatality Advisory Committee.

Gratin is married to Adelaide and had three children, and two grandchildren. He retired to Marshall in 2016 and current interests involve helping his son on his dairy farm, hobby carpentry, volunteering, music, cycling, and reading.  Before the pandemic he enjoyed playing trivia with a regular group most weeks.

Born and raised in Fayetteville, AR.  Earned a BA in Journalism from the University of Arkansas.

“First jobs were at newspapers; then, I switched over to technical writing and worked many years as a technical writer, editor, and documentation manager at a company owned by H. Ross Perot called Electronic Data Systems, Corp. (EDS) in Dallas and Plano, TX.  If you recall the Cat-Herding Super Bowl commercial from several years ago, that was my employer.

I felt called to seminary, and left EDS after some 14 years to pursue a seminary education at Southern Methodist University’s Perkins School of Theology.  Studied for six years and earned a Master of Divinity (M.Div.); a true oxymoron because who masters divinity?  Anyway, I began searching in the Arkansas and Texas regions for a church.

While I was searching, I received an e-mail from the Presbyterian Church (USA) (a.k.a. “the denomination”) that they were looking for pastors to place in “hard-to-place” locations.  It was an experimental program in which Marshall Presbyterian Church was participating. I threw my hat into the ring to be considered for the program.

A couple of weeks later I heard from the denomination, accepting my application and asking if I was interested in serving Southern Appalachia, among other places. I responded that I thought it would be fun to live and serve in a new-to-me part of the country. I interviewed at Marshall and felt that I could thrive here, and the next thing I knew, the church asked if I would be their pastor, and the rest is history.

This August, I will have been with the church 10 years.  I enjoy Marshall and this area.  Since I am at the church, I volunteer with Neighbors in Need on Tuesdays.  I see possible opportunity for linkage between CHC and Neighbors in Need because the clients who come to Neighbors in Need cannot afford to buy or maintain decent housing, which points to the greater challenge of lack of affordable housing in general, in Madison County.

I enjoy my pets, reading, and being outside during the warmer months.”

“I moved to Madison County in 2014 after years of working on ranches out west. My husband and I live in Shelton Laurel, where we enjoy spending time with our dogs, hiking, and flower farming. I am a Realtor primarily in Madison County and wanted to align myself with an organization that is relevant to the nature of my work. The services CHC provides to our community really resonate with me, and after I attended my first Neighbors Helping Neighbors and heard about the organization’s mission to help residents “age in place," I knew I wanted to be involved on a deeper level.

CHC not only offers quantifiable assistance to folks who need it, but also serves to strengthen neighborly bonds by building a more resilient community. I feel that my connections within the county, pragmatic problem solving and enthusiasm to connect with people over power tools are strengths I bring with my involvement in CHC. I am proud and heart warmed to be involved with an organization that offers so much and empowers so many.”